Vulnerability of Gilead’s Remdesivir patents despite its balancing act

Vulnerability of Gilead’s Remdesivir patents despite its balancing act 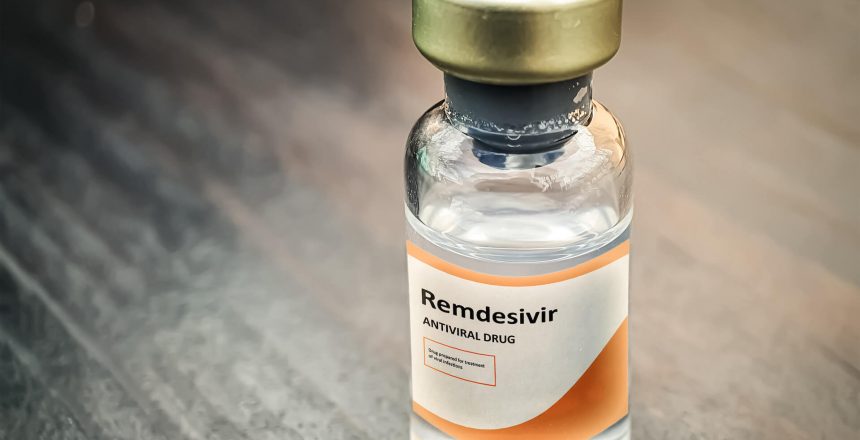 Having crippled the world economy, leaving most businesses distressed and the people anxious, the COVID-19 pandemic has left each one of us praying and hoping for things to return to the old normal.

At the moment, all eyes are set on how effective Remdesivir is in treatment of COVID-19, after having made promising claims post its clinical trials. This drug, the API (active pharmaceutical ingredient) for which has been patented in several jurisdictions by the US based pharmaceutical giant Gilead Sciences Inc., originally developed to fight Ebola, has now been approved as the cure to hopefully curtail the devastations of SARS-CoV-2, the virus that causes COVID-19. While different researchers have recommended different dosage of the drug, it is being hoped that Remdesivir is the wonder drug the world needs.

Despite mixed opinions on the effectiveness of Remdesivir by medical communities across jurisdictions (India’s initial view reported here), Gilead’s optimism regarding their patent protected drug did not fade. Concerns raised regarding side effects of the drug did not deter the US Food and Drug Administration (FDA) either, from granting emergency use authorization for the drug. Consequently, Gilead put into motion steps to scale up production and make available the anti-viral drug world-wide. Very recently, the pharma-giant announced having entered into technology transfer license agreements with five drug manufacturing companies based in India (Cipla Limited, Hetero Labs Ltd, Jubilant Lifesciences and Mylan Laboratories) and Pakistan (Ferozsons Laboratories) for manufacturing the drug for 127 countries (reported here).

The said licenses was announced at a time when the debate over capitalization of patent rights at the cost of public access to medicine or access at high prices were at an all-time high. In fact, health advocacy groups appear to have written to the Indian government asking it to rescind patents given to Gilead Sciences for the drug Remdesivir so it can be distributed more fairly to COVID-19 patients around the world, particularly in poorer nations (as reported here). With this serving as a background, Gilead altruistically assured that the licenses shall be given royalty-free until the World Health Organization (WHO) declares the end of the public health emergency arising out of Covid-19, or until another pharmaceutical product or a vaccine is approved to treat or prevent the disease. In doing so Gilead appears or at least hopes to have substantially curtailed the risk of patent rescission promising availability through generic companies, reducing cost of the end product by having a no-royalty-license model (for the time being) and successfully creating a philanthropic image globally. Needless to state, as and when the emergency ends or an alternative drug/ vaccine is developed, a few of which are already in their final phase of trial, the no-royalty situation shall end, whereafter they can and shall exploit their exclusive rights to their liking. With this voluntary licensing model where licensees are free to set their own price points, Gilead has managed to get several big pharma players to lobby from its side by entering into these license agreements.

Herein below, an attempt has been made to analyze the Indian patent law provisions to evaluate if Gilead in fact has dodged the bullet(s) to its business prospects in respect of monopolistic commercialization of Remdesivir, and options available to those lobbying for de-monopolizing the drug and maximizing access:

Gilead has three patents on Remdesivir in India granting it (and those authorized by it) exclusive rights to make, sell, offer to make or sell, export or otherwise exploit the drug in the country until 2035. One way that a person interested in the patented drug can commercially exploit it without seeking Gilead’s approval/license is by applying for revocation of the patents and succeeding in said action. Section 64 of the Patents’ Act, 1970 (“the Act”) enlists grounds based on which this recourse can be taken. While assessment of the applicability of the grounds in the present case is a subject fit for a separate article, this being a drug, protected by way of not one but three different patents, an investigation on ever-greening by Gilead can be made, which is forbidden under Section 3(d) of the Act and a ground for revocation. This route can be taken by pharmaceutical companies having manufacturing/ trading / financial interest in the drug, competitors of the licensees etc.

Another tool for revocation is made available under Section 66 whereby if the patent or the mode in which it is exercised is generally “prejudicial to the public” the Central government may strike it off the register of patents. It may be noted that the Indian licensees have ranged the price points for their generic variants from INR 4000 – 6000 per 100ml of the drug. Therefore, irrespective of how strong the granted patents are, should the government opine that the access to the drug is insufficient or the prices are too high or there is supply only in select profitable regions and/or generally in public interest during such unprecedented times, the patents associated with Remdesivir can be revoked, bringing the drug in public domain, in India.

The most obvious response to a problem regarding access to medicine is seeking compulsory license (“CL”), not realizing that it is less attractive than it appears. For starters, there is a time-bar of three years from the grant of the patent on third party applicant (u/Section 84), before expiry of which a CL cannot be sought statutorily. In addition thereto, there are other conditions which are required to be met with for a CL to be granted. In any case, with two of the Remdevisir patents granted in 2019 and 2020, an application for CL does not lie, at least for a couple of years.

However, Section 92 appears to be a more promising CL provision in the present circumstances. It provides that the Central Government can bring a notification in the official gazette, at any time after sealing of the patent, declaring that compulsory licenses should be granted thereon on grounds of national emergency, public non-commercial use or other circumstances of extreme urgency. Given that our Hon’ble PM Mr. Modi has already declared the pandemic a social emergency and an affordable cure is clearly of utmost urgency, such a CL notification by the Government is well within the metes and bounds of the Act. Upon such a notification, any person interested can apply to the Controller of Patents for grant of the compulsory license.

Instead of bringing an action for revocation or CL (subject to the relevant pre-conditions being met with) first followed by exploitation of the drug, an unauthorized competitor or generic drug manufacturer may take the opposite route. It may decide to straight away proceed with exploitation of the patented drug, await an infringement action and then try its luck with the Indian Courts. While this is neither advice nor advisable, it is a possible strategy nonetheless. An infringement suit presents the infringing manufacturer with various opportunities through one tool including challenging the validity of the patents thereby seeking their revocation, questioning the uncompetitive conduct of the patentee, raising issues of public interest, access to reasonably priced medicine etc. thereby praying for balancing public and private rights. More importantly, if credible challenge to validity of the patents is shown, an interim injunction will not be granted against the infringing manufacturer allowing it to continue manufacturing the drug, until the matter is finally heard and decided. This route may even present an opportunity for the infringer to take license from Gilead, which has otherwise not been offered to it, and pay in damages the fee it would have paid as a licensee.

While the license agreements entered into by Gilead is comforting as regards manufacturing and supply capability, it does not however ensure reasonable pricing (as is evident from the different price points set by different licensees) or access to the drug, wherever required. Despite the licenses being royalty free for the time being, the same is only an interim term and is sure to raise price of the medicine when the royalty component is accounted for. Accordingly, the burden rests heavy on Government to ensure that the public interest is not compromised for private rights and more so, for projecting India’s global image as a pro-IP nation. Accordingly, in addition to the aforementioned options available with the Government provided for under the Patent’s Act, the Government is well within its right to issue executive orders/ notifications like capping a price at which the anti-viral drug will be made available by the licensees or regulating the supply thereof in any other manner deemed necessary.

At this point, all the licensed generic players have rolled out the drug variants at different price points; however, it will be interesting to note how the Indian Government decides to act if there are concerns raised regarding availability, affordability etc. to the general public. Further, it will be interesting to see how Indian courts respond to PILs, writs and litigations on issues of access to the medicine, reasonability of prices fixed, patent validity, compulsory licenses (if at all), abuse of dominance by Gilead and authorized licensees, to mention a few.